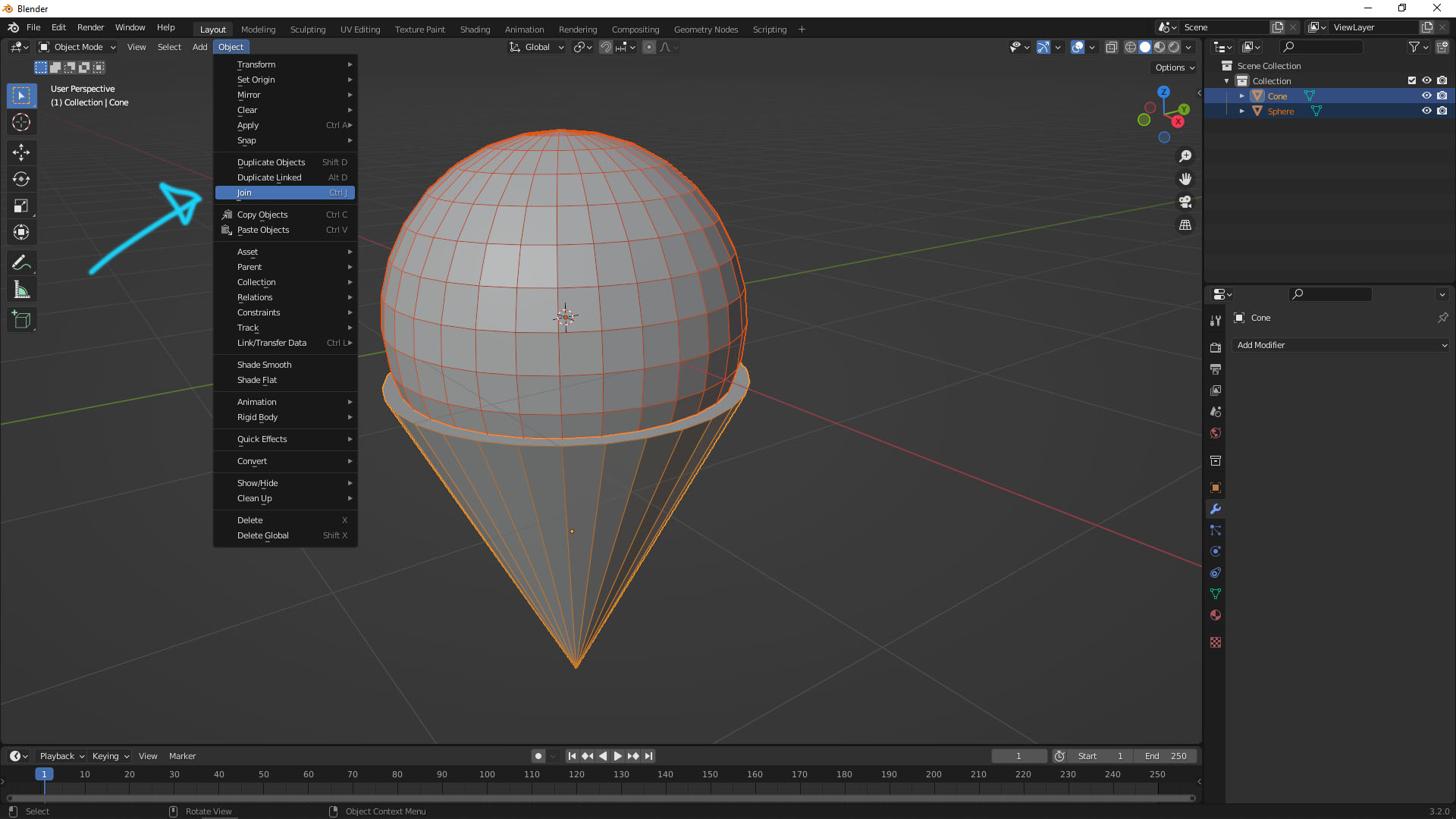 If we have 2 objects in the scene, we can combine the 2 objects by using two 2 ways in Blender. One method is using quick Shortcut “Ctrl + J” to Join two objects together, another method is to merge using Boolean Modifier. Below example shows the steps of Blender combine objects or merge objects together, and shoes how to separate the objects after combining. Hope this helps. More Blender Tutorial, Tips and Tricks are available here.

3. Now, it shows that the 2 objects are combined into one object.

4. In the way to combine object by using “Join”, the original meshes of sphere and cone still remain when we switch the viewport into wireframe mode.

How to Separate Objects in Blender

2. After select the faces, to separate by using shortcut “P” or go to Mesh > Separate > Selection.

3. Then, the object in separate into 2 objects now.

How to Combine Objects by using Modifier

1. By using Boolean Modifier to combine objects, first to select one of object. I select the “Cone” at below example, and then Add Modifier > Boolean.

3. In Boolean Modifier, first select object to be “Sphere”, and then we can use “Union” , finally invisible the Sphere.

Tips and Tricks
from artist.B

Register for our NewsLetter

Register for our NewsLetter