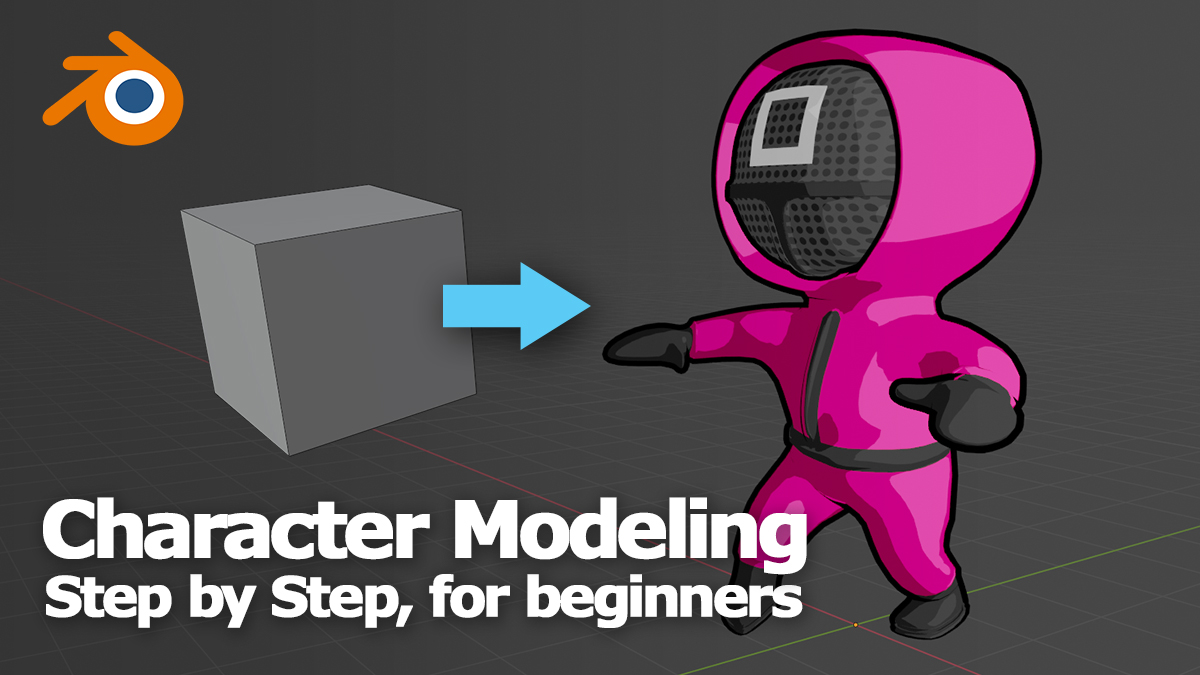 This video shows how to make a 3D shape in 3D Blender by using vertices, edges and faces. The 3D shape is simple and basic, it is easy to understand how to make the Character Head, Body, Hands, and Legs.

We have the basic shape of Character in step 1, then we can add more detailing, as per this example the modeling is in low polygon.

After we “adding bone” – rigging, we have to make it move or let it have motion. This steps is called IK Rigging, it s essential step if you would like to make it move in animation. In this video, it will shows how to add IK rigging to the legs of Character Model.

As per the 3D Character model in step 2, the “skin” actually doesn’t have any data about the color and texture. Therefore, in this step we have to add the color into “skin”  of 3D model. This example shows how to add Tone shader in Blender.

Click here to subscribe this YouTube channel, more video will be shared with you. Let’s play with Blender together! Welcome to watch more video on【Youtube Playlist】

Welcome to share with your friend through below buttons.
by artist.B@cgian.com